I’m writing this blog post because I want to help Nikon D5300 users who want to make videos and need a microphone as I was one of those people. Being a Nikon D5300 user, I’m very satisfied with the current DSLR microphone I’m using.

If you’re getting into vlogging or becoming a YouTuber, it’s essential to have a DSLR microphone. You may not realize it if you’re starting. As you move forward and start to get subscribers, the audience would begin to recommend using a microphone for better audio quality. This is what happened with me and many other creators I know.

So I decided to answer this query: “what’s the best microphone for Nikon D5300?”

I’m hopeful that you’ll be able to pick an affordable and effective microphone for Nikon D5300. 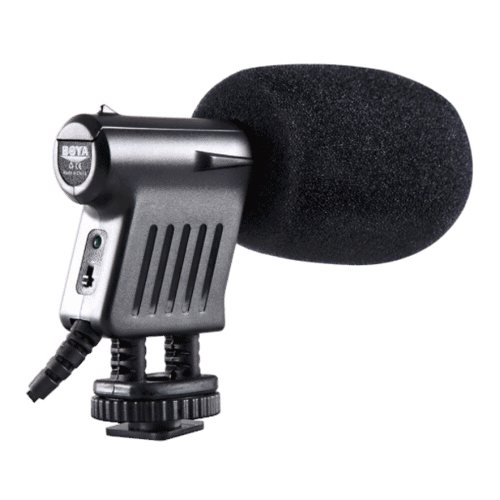 Boya VM01 was the first DSLR mic I bought for vlogging. It seemed quite fine until I realized that it wasn’t that good in some areas. You’ll read about it later in this blog post. 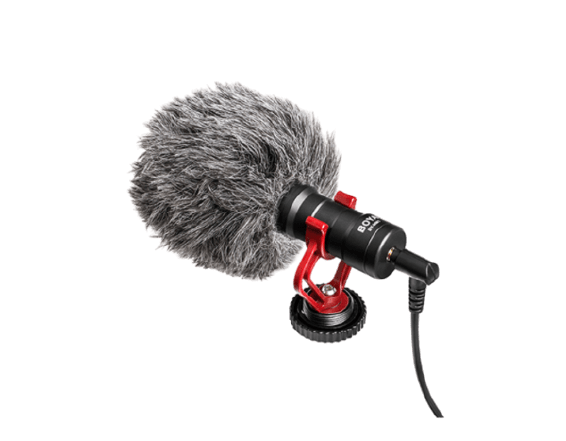 Boya By MM1 was the second DSLR microphone that I bought for vlogging. It turned out to be an excellent microphone for Nikon D5300 for beginners. Besides the better quality than Boya VM01, a couple of things made it an obvious choice for me:

I. It came with two cords, which means you can attach it to a DSLR camera and a smartphone.

II. It doesn’t require batteries like Boya VM01, which is a massive pain in the butt.

I won’t say Boya VM01 is the best microphone for Nikon D5300. Even though, Boya VM01 works on Nikon D5300 without any problem. Before switching to Boya By MM1, I used Boya VM01 for a year or so.

As far as the outdoor conditions’ performance, it worked okay, but I always felt that the audio in the outdoor, noisy condition is still dense and slow. Once I did a noise test in the video, and it turned out it was okay but wasn’t great. On the contrary, Boya B1 MM1 was much better in such conditions.

Boya VM01 was the first external microphone that I bought for vlogging. It was good, but I didn’t know early that the audio quality could have been better. When I purchased Boya B1 MM1, it took the audio quality to the next level. If I were to choose between the two, I’d pick the Boya B1 MM1.

Is Boya By MM1 the Best Microphone for Nikon D5300?

I’m a big fan of Boya By MM1 isn’t just the price, but also the quality. I can say with some confidence that it’s an affordable and good-quality microphone, which makes it an excellent choice for beginner vloggers and YouTubers. There are a handful of things that I like about this Boya By MM1 microphone. For instance:

Let me know what microphone you use on Nikon D5300 or any other DSLR camera.

Kamal is a freelance photographer and writer, based in Pakistan. When he's not taking photos or writing about them, he can be found either behind his lens or on his keyboard, composing short stories and poems.